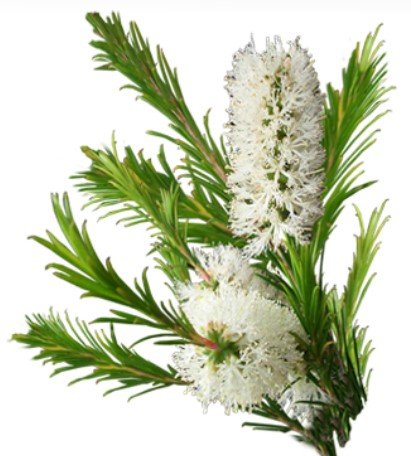 Tea tree oil has been growing in popularity over the last 20 years and can be seen in more and more products. Many of us are familiar with it being included in shampoo and soaps.  However, native to Australia it has been used in traditional Aboriginal medicine for centuries. They crushed the leaves of the Tea Tree and inhaled the essence as a cure to coughs, fevers, congestion and injuries.

The modern name, Tea Tree (Melaleuca Alternifolia) derives its name from when in 1770, Lieutenant James Cook, first recorded tea tree being used for medicinal purposes. He used the leaves to treat scurvy among his crew. Although Cook’s crew first used the leaves for tea, they later mixed them with spruce leaves as a beer.

** Tea Tree Essential Oil should never be consumed. It contains terpenes, active compounds which are extremely difficult for the body to process and can be toxic.

Tea tree oil was largely ignored until and the plant’s medicinal properties remained a secret with the Australian aboriginal people until the early 1920s. An Australian chemist, Dr Arthur Penfold, researched its antiseptic properties. In 1929, along with F.R. Morrison, Penfold published “Australian Tea Trees of Economic Value.” This study started a flurry of research into tea tree oil.

Between 1930s and 1940s, with the development of Penicillin still in its infancy, tea tree oil was widely celebrated as an antiseptic treatment. During the Second World War, Australian soldiers were issued with tea tree oil in their first aid kits. Producers of Tea Tree Oil became a “reserved occupation” and excluded from enlisting in the armed forces until there was sufficient stockpile to supply all soldier’s first aid kits and hospitals.

After the war, increased use of pharmaceutical antibiotics decreased tea tree oil’s appeal everywhere except in Australia.

Tea tree oil started to regain its popularity in 1960 and its use has been growing steadily as more people opt for natural remedies and solutions.

Extracted through a process of steam distillation, Tea Tree Oil is obtained from the leaves and twigs of the tea tree.

Tea Tree Essential Oil is well renowned as a natural remedy for acne and breakouts due its powerful antibacterial compounds which work to deeply cleanse the skin and purify pores. Because it has anti-inflammatory properties, Tea Tree Essential Oil can calm skin and soothe irritations and wounds. Which will reduce the redness with acne, pigmentation or even rosacea,

The Tea Tree Oil helps to reignite your skin’s radiance and even out skin tone.

With its antibacterial properties, Tea Tree Oil works very well as a natural laundry freshener, especially when laundry is musty or even mouldy. It can even be applied to shoes or feet to eliminate any unpleasant smells and bacteria.

**With all things, if you have a serious condition or in any doubt, consult a qualified medical professional. 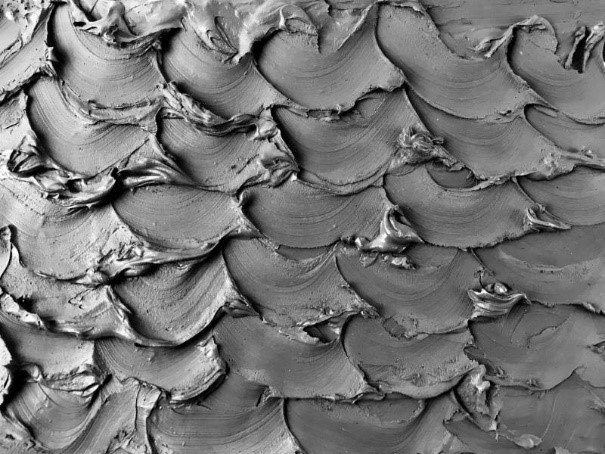 It does seem rather odd for a product like soap intended to clean, we deliberately add mud to it. However, it isn’t just “mud” this is Dead Sea mud which has a unique blend of compounds and minerals.  At its simplest our “Dead Sea” soap blended with Olive Oil is formulated to remove dead skin cells and impurities whilst the olive oil restores softness, balances the skin’s oil production and pH level.  However, it is much more than that. The minerals and salts within Dead Sea Mud have been used for thousands of years to ease several skin conditions:

Psoriasis Researchers have found that the high concentrations of salt and other chemical compounds in the mud can be used to treat psoriasis effectively.

Dry skin Dead Sea mud can work to remove impurities and dead skin on your body. An additional benefit is the salt and magnesium can improve your skin’s functionality by making it more elastic and have a better protective barrier

Whilst Packaged in a convenient bar to prevent the mess associated with cleaning pure mud off skin, towels and out of sink and bath plug holes!

History of the Dead sea compounds

Dead Sea Mineral Mud is formed when fine-grained sediment consisting of mountain silt and sand flows down from natural springs that pass through the northern mountains, then through the Sea of Galilee, and finally down the Jordan River Valley before being deposited to the shores of this inland sea, where it settles. Dead Sea Mineral Mud is a natural element yielded by and harvested from the mineral-rich Dead Sea, a small body of water nestled in the Jordan Rift Valley between Israel to the East and Jordan to the West. The area is also known as: Sea of Salt, Stinking Sea, Sea of Sodom and Gomorrah, the Devil’s Sea and Lake Asphaltites.

Hot, dry desert air over millions of years have evaporated the water, condensing the natural salts and minerals into the mud. Whilst the mud can be “enjoyed” at the water’s edge, for cosmetic use it is filtered and purified before being included in products

According to legends, the Queen of Sheba acknowledged the healing powers of the Dead Sea leading to other rulers taking her lead. Queen Cleopatra travelled from Egypt to build one of the world’s first spas.  King David and then Herod the Great allegedly built their own spas on the lake.

The mystical powers of the Dead Sea have been incorporated into the Egyptians process of mummification.  The Dead Sea provided bitumen or “asphalt” or mūmiyā which has then evolved into “mummy”

For hundreds of years, Dead Sea Mud has been known to exhibit therapeutic benefits and general well-being. From the 17th to the 19th centuries Mud Therapy was commonly practiced in Europe, where chronic illnesses were treated with mineral water and mudpacks of varying compositions. The region continues to be known as a “fountain of youth” due to the historical use of the mud within cosmetics.

Alongside its hydrating and beautifying properties, Dead Sea Mineral Mud maintains its reputation for having cleansing and purgative properties. These are known to relieve various symptoms of health issues ranging from skin ailments such as psoriasis to musculoskeletal ailments such as arthritis.

A natural exfoliator: The texture of Dead Sea mud makes it an excellent exfoliator and is highly rich in the minerals which help in cleansing, detoxifying and restoring a healthy status quo to the body

Magnesium.  Detoxifies and cleanses and promotes cell metabolism to assist in healing damaged or inflamed skin.

Sodium. Cleanses and exfoliates and neutralise free radicals which can degenerate skin cells. It can also relieve sore muscles.

Zinc. Heals and rejuvenates the skin, controls acne and protects the skin’s lipids and fibroblasts cells that create collagen.

Sulphur. Cleans pores and is excellent for acne. It also has powerful healing, antifungal, antimicrobial and antibacterial properties.

See our other guides for more background information on our ingredients